It’s been one of those weeks when work and life has made painting quite difficult. So with the little time I had to spare, and after last week’s Wesson-esque success – I settled on one of his many deceptively simple scenes. I liked it because of its simplicity and because I thought I would have time to paint it and, hopefully not need to do six versions of it before I could leave it alone.

I think it’s a sign of how far I feel I’ve progressed of late that I’m distinctly underwhelmed by this painiting. I do like the harsh contrast of the twigs and undergrowth at the base of the trees on the right against the diffused distant trees, and some of detailed elements of where colours have bled into one another, but there’s a whole host of aspects that I don’t like about this. The three trees on the left for instance.  Why I did three of them all leaning at the same identical angle and with almost identical growth patterns is beyond me. The main tree also. The light is supposed to be falling on the left of the trunk but I haven’t captured this at all (why is the trunk brown-ish, but all of the branches in every direction are black?)

This isn’t to say that I didn’t enjoy myself as I was painting this, just that in my enjoyment I perhaps lost sight of some fundamentals that haunt the final image. Nevertheless, I’m pleased that even when time is against me, I’m still managing not just to squeeze in some painting, but to make painting an integral part of ‘what I do’ on a reqular basis. And let’s be honest, for many of us, that’s half the battle.

I’ll hopefully have something more substantial to show next week but in the meantime, and just for fun, here’s a detail crop to show some of the bits I like best in this painting. 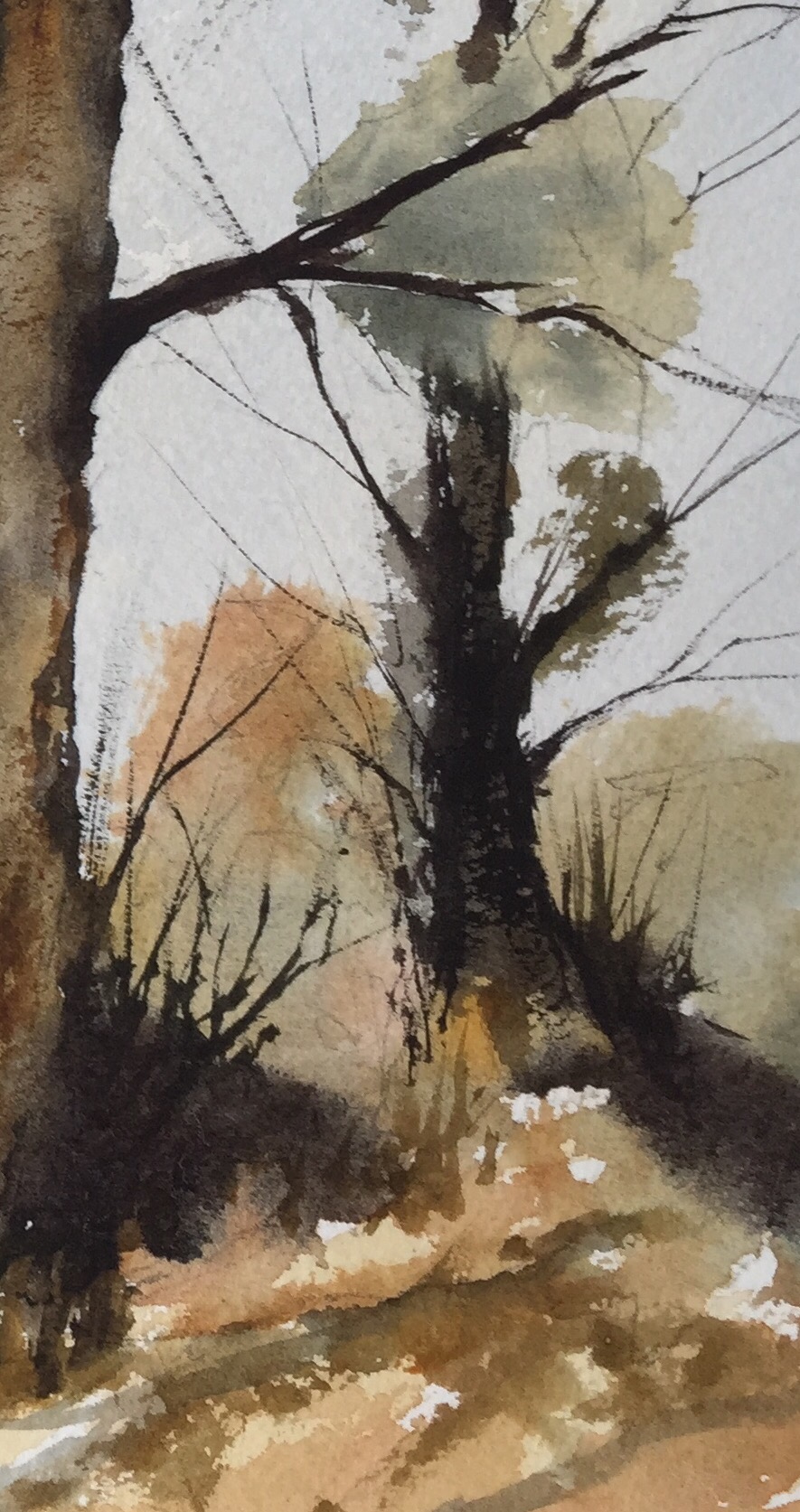 5 thoughts on “Better to paint something than nothing…”