This feels like a bit of a postscript to last week’s post where I felt I was ticking along nicely right up until the end when I added in one wash too many and somewhat ‘killed’ it!

With this second attempt, I was mindful of working as quickly as possible, and to being a little bolder with my washes. Here’s how I got on:

As with my first effort, I spent a fair bit of time trying to get the perspective and ellipses of the buildings accurate.

I applied this first wash much more confidently, and with greater variety than my first attempt. Once again, I left the sky to later. I was pleased with how this was looking after this initial wash.

The second major wash went on pretty quickly and, while it was still wet, I added in the buses and splattered on some clean water for texture and variety, and to allow the first wash to show through a little. Once dry, I started to suggest some of the architectural details.

By now I felt I was on the home straight! I quickly washed in the sky and started to soften some of the edges of the shadows, especially the curve of the shadow on the left hand buildings. I also started to add in the details of the figures on the left hand side, the lamppost and traffic lights. I was mindful of trying not to overwork this and, demonstrating rare self-restraint, was able to force myself to down brushes!

I was much more satisfied with this painting than with my first effort. I think it feels much lighter of colour, tone and touch. The scale of the drawing also feels more accurate, particularly the bus on the right hand side. All in all, I think that it was painted in a much more confident manner.

Here’s this week’s and last week’s efforts side by side for comparison: 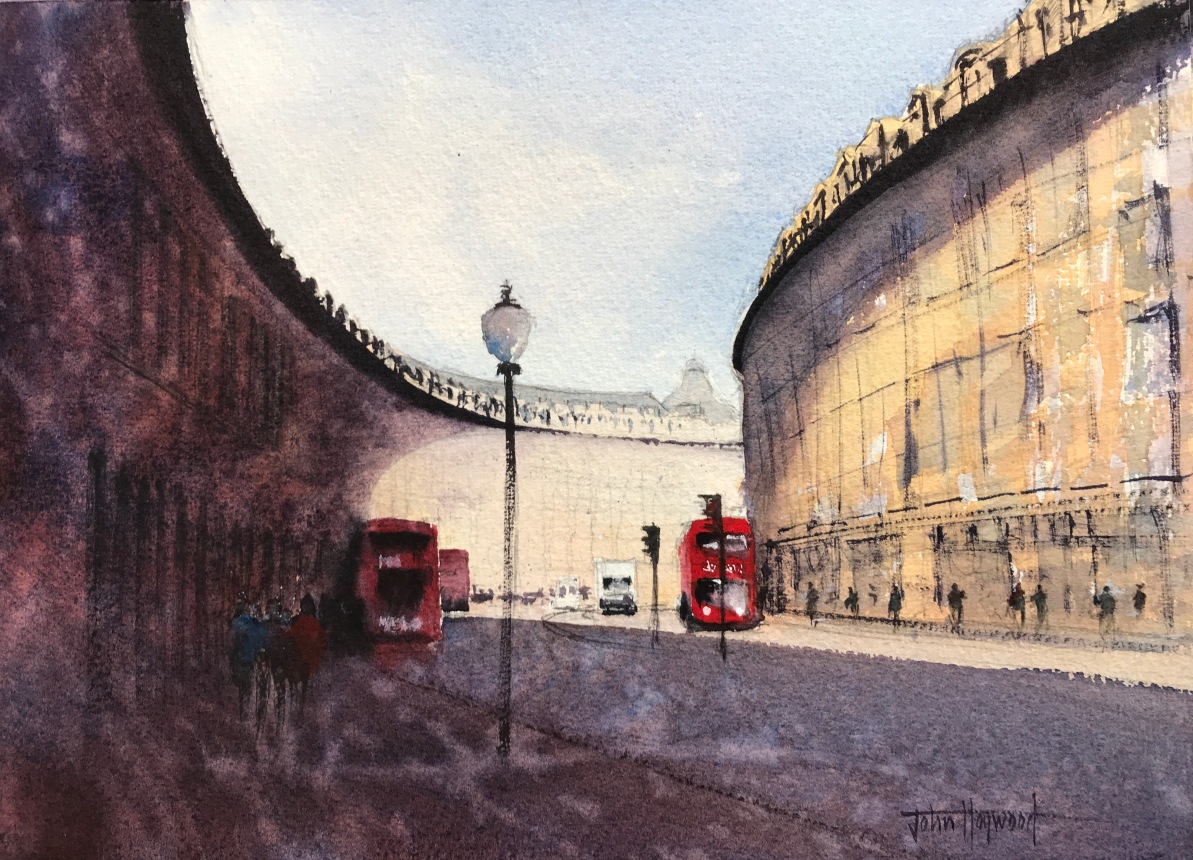 An early morning on London’s Regent Street, before the crowds arrive!

It’s always interesting seeing them side by side like this. While they’re undoubtedly very similar I think that the washes, especially in the foreground areas and the shadow across the road, feel much richer, more pure and more transparent.

All in all, I was happy with this second attempt and am already eye-ing up a different view from the capital!

9 thoughts on “Another work in progress watercolour sequence”